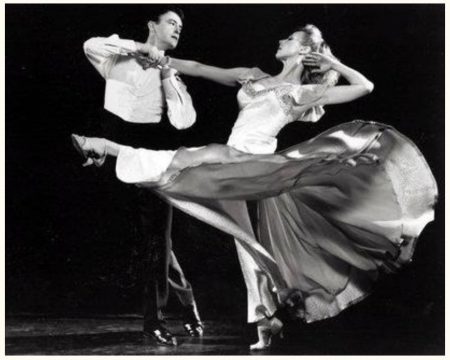 Public Service Announcement: This week will be an exciting week at Celebrity Ballroom Dance Studios!  Beyond the fun we already have planned, Gary Pierce, former U.S. Ballroom Champion, will be coaching students by appointment only Thursday, April 25th, at our studio!

Gary Pierce is very well known in the ballroom dance industry.  He has not only performed as resident choreographer for the American Ballroom Theatre Company in New York City for over 10 years, he is also co-founder.  As a leading ballroom dance director and choreographer, Gary has received numerous awards over the years in film and television, and is considered extremely knowledgeable in his area of expertise with over 300 shows, revues and industrials to his credit.

As listed in the National Dance Clubs article, “Get to know the coaches of NDC; Gary Pierce”, written by Donna Duda, some of his accomplishments include:

We would like to thank Mr. Pierce for visiting our studio and for sharing his expertise with our students. Please help us give a warm welcome. For anyone that has their appointment made with our studio staff, certainly be ready to broaden your horizons!

Would you like to know more about Ballroom Dancing?

We welcome you to attend our upcoming Guest Night.

We’d love to have you come see what it’s all about.

No partner or prior dance experience is required!

~Find us on YouTube at Celebrity Ballroom Dance Studios