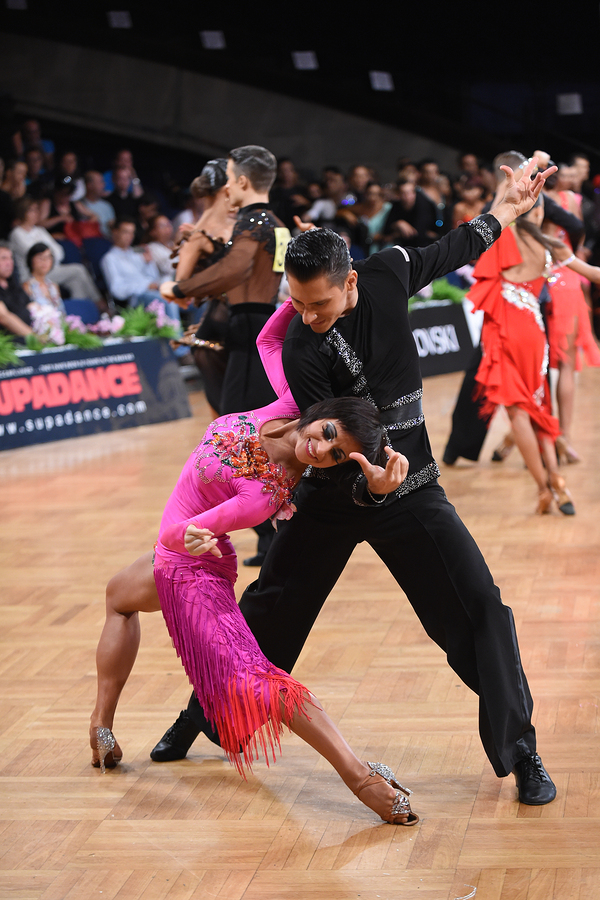 The Cha Cha evolved from one of three versions of the Mambo, a dance born in Cuba and introduced to the Western Hemisphere in 1947. The “Triple Mambo,” one of those versions, became very popular in the early 1950’s and was subsequently renamed the Cha Cha. As music always dictates the dance, the triple or split-beat steps were inserted when a slower version of Mambo music was being played.

Danced in 4/4 timing, the music has 4 even beats with the accent on the first beat of the bar. Often the music also has an additional half-beat between the fourth and first beat.

The Cha Cha is a non-progressive, lively, fun ballroom dance, which uses a “ball flat” foot action and keeps the body over the feet. The legs and hips are used to produce a strong rhythmical movement that compliments the music. This dance has closed position as well as single and double handhold movements. Often at an advanced level, the couple may be in apart or solo position. Because of this dance’s easy adaptation to modern music, the Cha Cha is probably the most popular of the Latin dances.